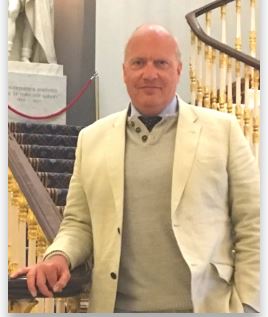 Paul has worked with CFA members since 2011. Having built and run investment baking teams overing the chemical manufacturing sector at several bulge bracket firms, Paul has extensive knowledge of the industry from cracker to pharmaceutical intermediates from both technical and strategic perspectives. He played key roles in advising many UK and international industrial and financial clients in the restructuring of the UK chemical industry through to the mid 2000s and in the reconfiguration of the Italian chemical sector during the 1990s. He was also instrumental in the turnaround of Elementis Plc as corporate finance and strategy director. He has served in a non-executive director in the academic publishing and social banking sectors and is a seasoned M&A professional with a strong commercial bias.

Paul holds a PhD from Imperial College in particle physics and MAs from both Oxford and Cambridge universities in mathematics and physics and had a successful early career as a technology consultant with both PA Group and Sagentia, specialising in advanced material, display technology and technical due diligence. He speaks several languages and has strong interests in music, latterly as a patron of the BOV Joseph Calleja Foundation supporting up and coming gifted musicians.

Now based in Malta, Paul has connections through many government and industrial networks and has access at the highest levels.